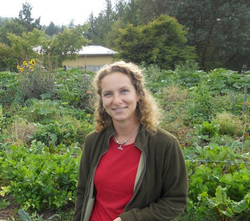 My life purpose is creating deeper awareness. This is what motivates me and is the thread that weaves through my artwork, writing, activism, organic farming, advocating for local food production, founding groups and organizations (such as the Bowen Road Farmers' Market, Lantzville Farmers' Market and Nanaimo WomanShare), and living as lightly and as sustainably as I can on the earth.

Nature in all her splendor has always been an inspiration to me... both in my personal life and in my artwork. I grew up on the Koksilah River in the beautiful mountains of Cowichan Station on Vancouver Island.

I remember as a child, hiking through the hills with the family spaniel, climbing trees, lying on my back in the grass, gazing out over the mossy cliffs to the trees and farms below. Sometimes I’d take a sketch pad and pencils... sometimes a journal... but mostly, I would simply sit quietly in the warmth of the sun and just feel that incredible sense of “belonging”.

Although I am primarily self-taught, my education includes courses in both fine arts and graphic arts with a diploma in Graphic Arts from Vancouver Island University. My artwork focuses on our inner strength through tapping into the universal life force, as well as understanding and respecting our connection with the earth. It is my hope that my artwork will inspire you to lie on the earth and feel that same sense of belonging... to listen to your own inner wisdom and allow it to guide you on your path. 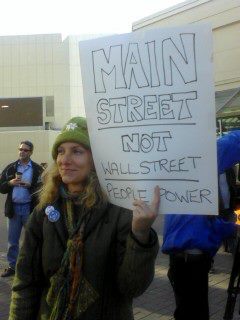 • President of the Errington Farmers' Market
• Board member of the Coombs Farmers' Institute
• Founder of Nanaimo WomanShare, a women's time barter group with over 50 members
• Published Synergy Magazine for 10 years, a magazine dedicated to living mindfully and sustainably
• Coordinator for three annual tradeshows: "Green Solutions"
• She and partner, Dirk Becker, recognized in 2009 as Nanaimo’s Top 20 Most Powerful People (surely they mean “influential”?)
• Co-host of “Heart and Mind: Tools for Change” radio talk show
• She and Dirk farm organic vegetables, growing 16,000 pounds of veggies on just 1 acre of their farm
• They spearheaded the Bowen Road Farmers’ Market, of which Nicole served as Vice President for 6 years
• In 2010, Nicole performed "Under the Burqua" in Eve Ensler's "Vagina Monologues" at Vancouver Island University
• In 2007, Nicole was a guest speaker to journalism students at Vancouver Island University
• In 2006, Nicole was a guest presenter for Women’s Enterprise Society of BC, a workshop for women entrepreneurs titled, “Focused Marketing: Targeted Effort, Tangible Results”
• Past President of Nanaimo Women’s Resources Society which operates a Women’s Centre in Nanaimo
• Past President of Nanaimo Women’s Business Network
• Worked as the Community Relations Officer of Mid Island Co-op for 4 years, doing Public Relations, Communications, advertising and event planning
• Graphic designer for 20 years